Maak een afspraak
The Unnatural History of the Sea

The Unnatural History of the Sea

Humanity can make short work of the oceans' creatures. In 1741, hungry explorers discovered herds of Steller's sea cow in the Bering Strait, and in less than thirty years, the amiable beast had been harpooned into extinction. It's a classic story, but a key fact is often omitted. Bering Island was the last redoubt of a species that had been decimated by hunting and habitat loss years before the explorers set sail.

As Callum M. Roberts reveals in The Unnatural History of the Sea, the oceans' bounty didn't disappear overnight. While today's fishing industry is ruthlessly efficient, intense exploitation began not in the modern era, or even with the dawn of industrialization, but in the 11th century in medieval Europe. Roberts explores this long and colorful history of commercial fishing, taking readers around the world and through the centuries to witness the transformation of the seas.

Drawing on firsthand accounts of early explorers, pirates, merchants, fishers, and travelers, The Unnatural History of the Sea recreates the oceans of the past: waters teeming with whales, sea lions, sea otters, turtles, and giant fish. The abundance of marine life described by 15th century seafarers is almost unimaginable today, but Roberts both brings it alive and artfully traces its depletion. Collapsing fisheries, he shows, are simply the latest chapter in a long history of unfettered commercialization of the seas.

The story does not end with an empty ocean. Instead, Roberts describes how we might restore the splendor and prosperity of the seas through smarter management of our resources and some simple restraint. From the coasts of Florida to New Zealand, marine reserves have fostered spectacular recovery of plants and animals to levels not seen in a century. They prove that history need not repeat itself: we can leave the oceans richer than we found them.

Part 1: Explorers and exploiters in the age of plenty
Chapter 1: The end of innocence
Chapter 2: Early origins of intensive sea fishing
Chapter 3: New Found Lands
Chapter 4: Rediscovery of plenty in New World estuaries
Chapter 5: Plunder of the Caribbean
Chapter 6: The age of merchant adventurers
Chapter 7: Global expansion of whaling
Chapter 8: To the ends of the earth for seals
Chapter 9: The great fisheries of Europe
Chapter 10: The first trawling revolution
Chapter 11: The dawn of industrial fishing

Part 3: The once and future ocean
Chapter 23: Where to from here: Barbequed jellyfish or swordfish steak?
Chapter 24: Reinventing fishery management
Chapter 25: Opening a window to the past with marine reserves
Chapter 26: Looking forward: A global network of marine protected areas 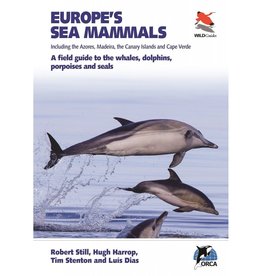 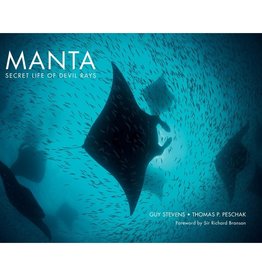 Manta
48,50
Mantas is a beautiful coffee table book that will undoubtedly stirr your emotions.
Lees verder 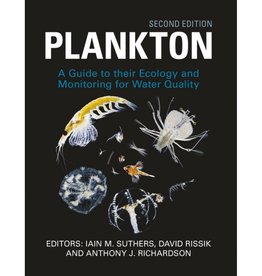 Plankton
69,95
Plankton is a guide to the biology and ecology of all the major plankton groups.
Lees verder 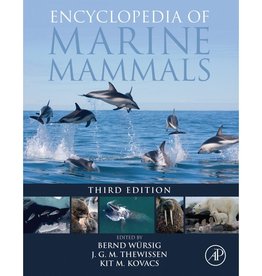