Maak een afspraak
A Guide to Dendrobium of the Philippines 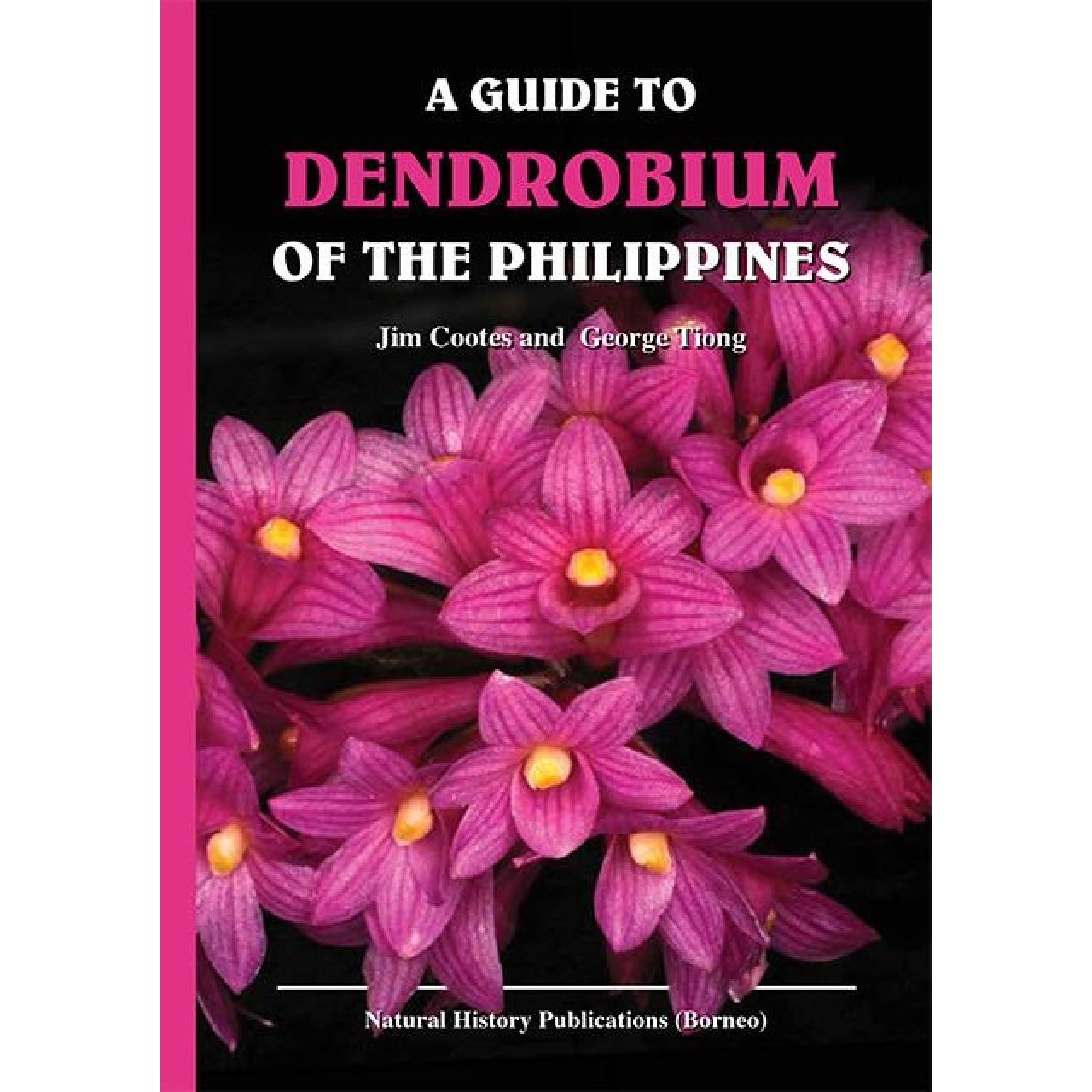 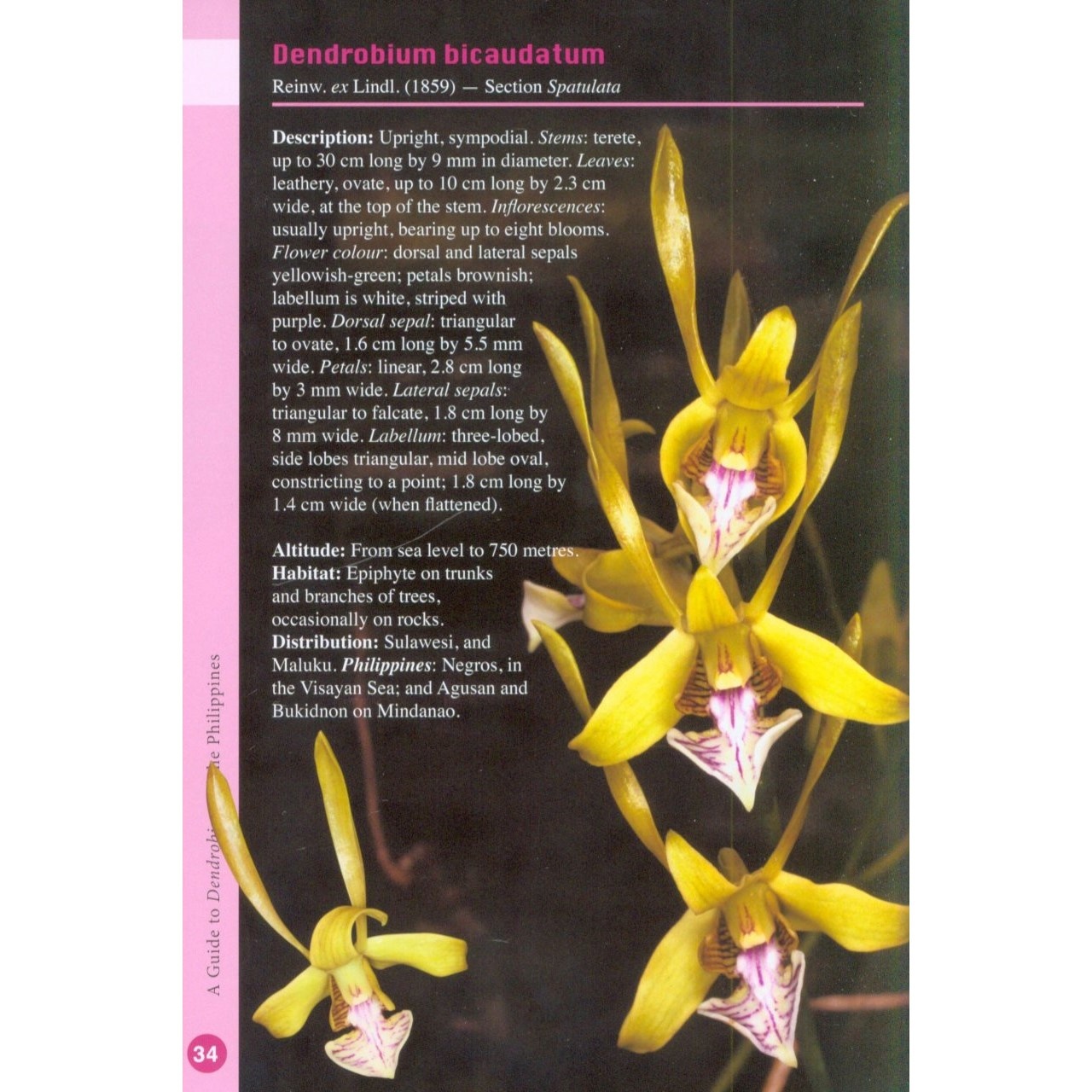 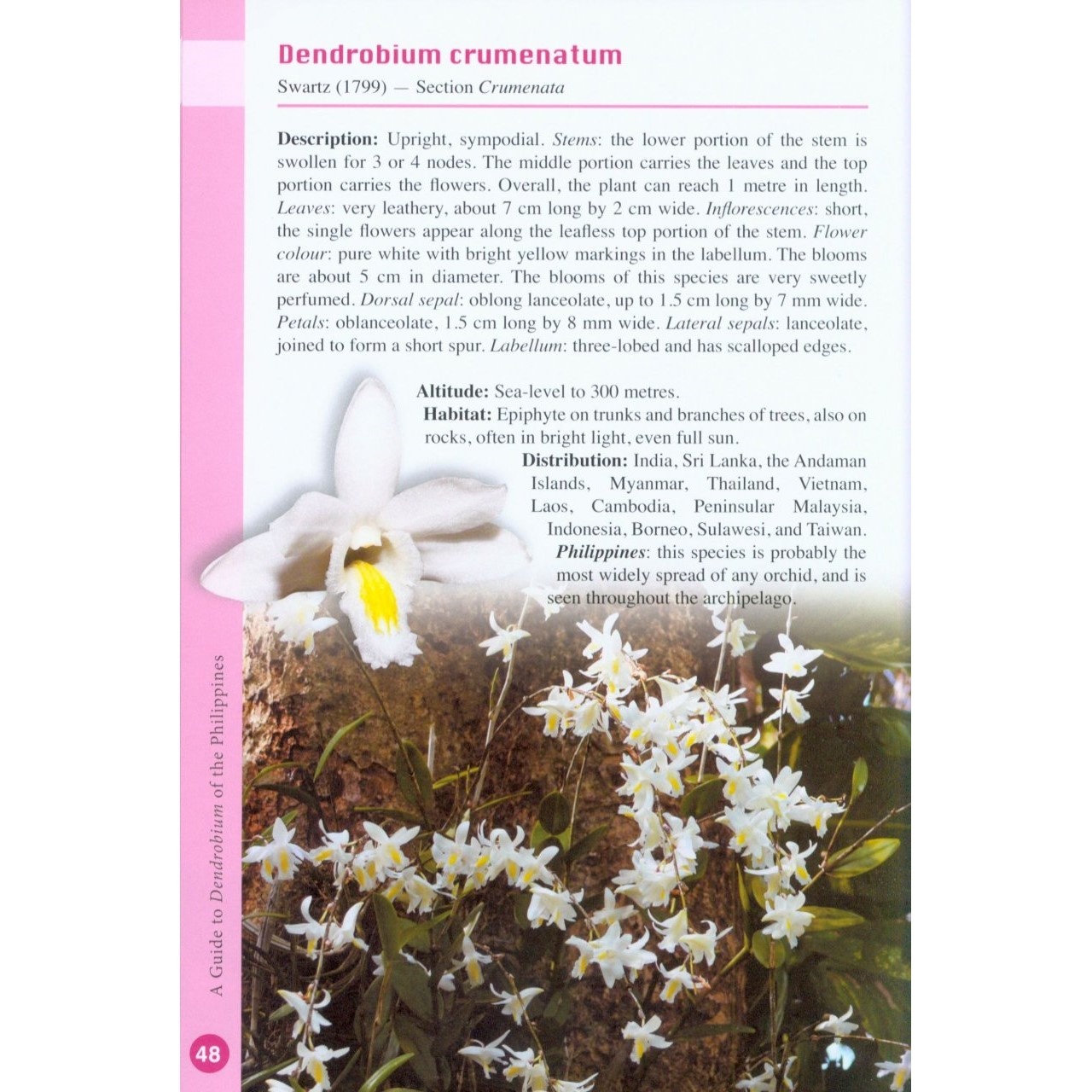 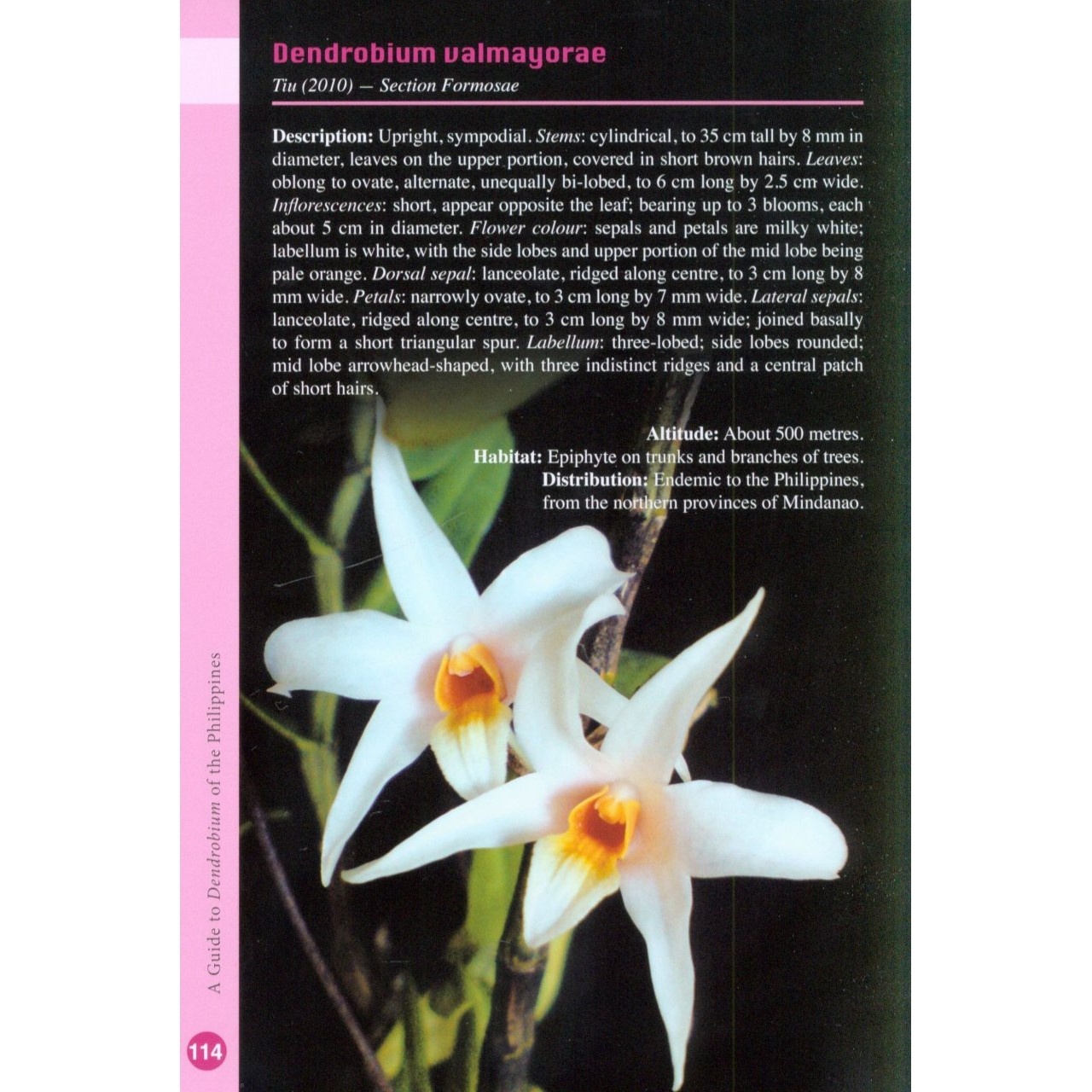 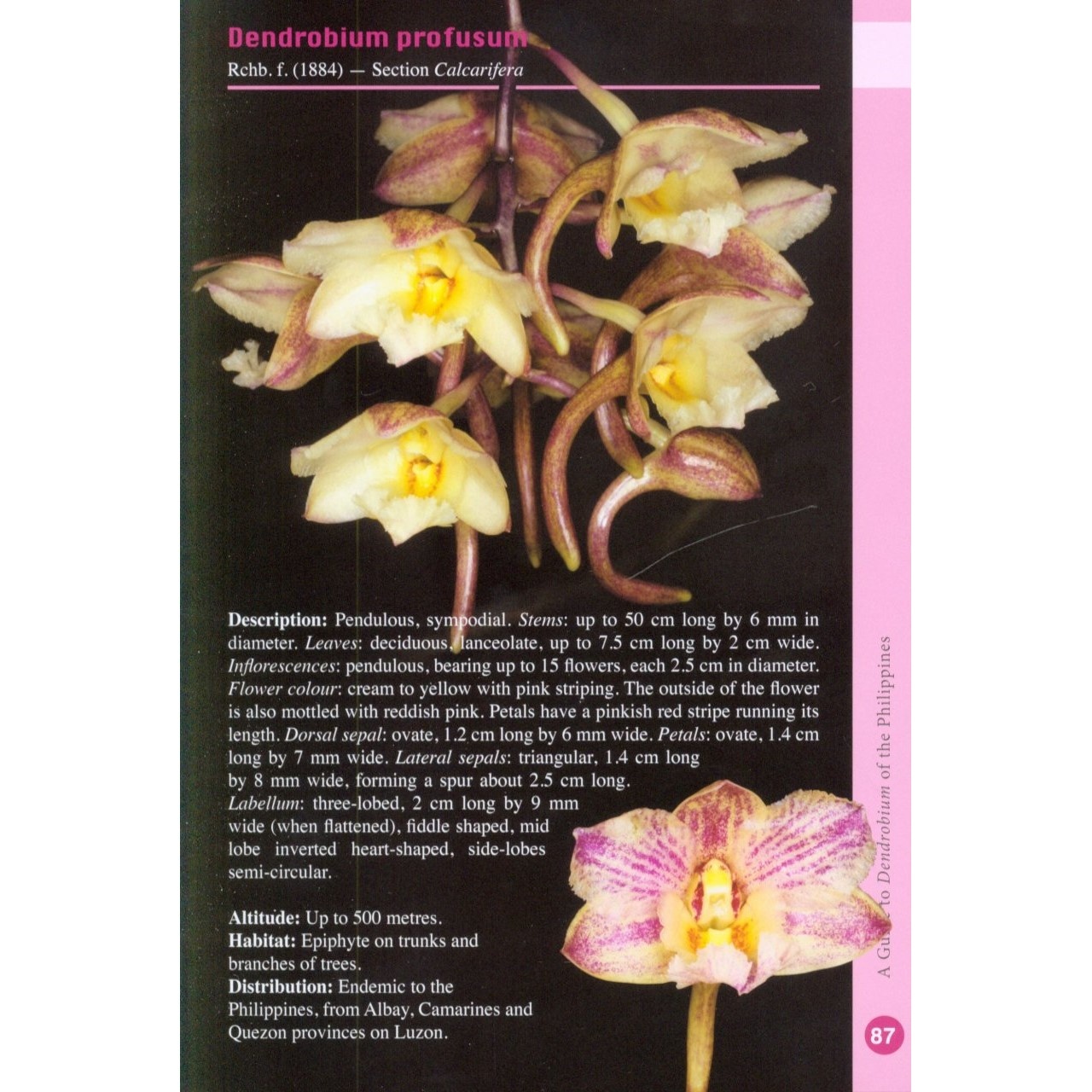 A Guide to Dendrobium of the Philippines

The genus Dendrobium was named by Olof Swartz in 1799. The generic epithet refers to the epiphytic habit of the majority of the species. With about 1580 species, it is the second largest orchid genus, behind only Bulbophyllum. Dendrobiums are one of the most widely distributed genera, being found as far north as Korea and Japan, throughout China, west to India and Sri Lanka, down through Peninsular Malaysia, Indonesia, Borneo, the Philippines, Guam, New Guinea, Australia and as far east as Tahiti.

The genus, when taken in the broad sense, and as represented in the Philippines, has about 110 species. In fact, the Philippines is considered one of the centres of biodiversity for the genus and its relatives. In this Guide, the authors present information on the species that have been recorded from the Philippines archipelago. The list is as up to date as possible; however, new areas are still being opened up for exploration and study, and consequently more new species of all types of orchids are continually being found and described.

In this context, as background, an introduction to the geography of the islands that make up the Philippine archipelago is provided. This is followed by a description of the climatic zones, as defined by monsoonal influences, found in the islands. The distribution of rainfall has a profound impact on the development of the flora and, together with temperature variations due to altitude, results in distinct floral zones. From a paleontological perspective, during the early millennia, it is likely that the migration of species occurred through land bridges which connected mainland Asia to Taiwan to the northern Philippine island of Luzon, as well as through the islands of Borneo and Sulawesi from the south. Over time, the isolation of the islands of the Philippines, as a consequence of rising and falling sea-levels, has aided the evolution and differentiation of species which we observe today. With this background in mind, we profile the species that currently make up the genus Dendrobium and its allied genera.

Jim Cootes has been an avid orchid grower for over 40 years, and has always had a fascination with Mother Nature and her magnificent handiwork. His interest in Philippine orchid species started in the mid-1980s following a trip to the mountains of central Luzon. The research work into Philippine orchids began after plants from the trip began flowering and some could not be identified. In the 1990s, he started writing his first book, The Orchids of the Philippines, which was published in 2001. The research into Philippine orchid species continued, and his second book in 2011, Philippine Native Orchid Species, contained many new additions to the list of known species. During the intervening years, he has named numerous new orchid species from the Philippines, both by himself and in cooperation with other orchid workers. Outside of plants, Jim has a large collection of Philippine cone shells. Other interests include reading, playing the guitar and listening to music.

George Tiong is a pharmacologist by background, having obtained his PhD from Monash University. He has worked within the pharmaceutical industry for over two decades, in regulatory and medical management roles, with a number of international corporations, and currently works as a consultant. George is also a qualified horticulturist, and has an enduring interest in orchid species and orchid culture. He has been collaborating with Jim in Philippine orchid studies, and the two have co-authored numerous articles in orchid publications. Listening to classical music, reading and exploring the “bush” are some of his favourite leisure activities. 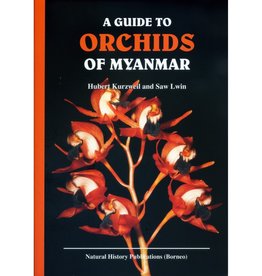 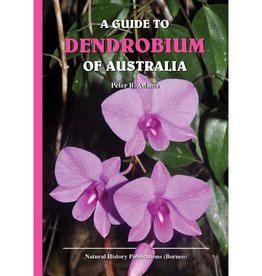 A Guide to Dendrobium of Australia
11,95
All Australian species and their variants (around 80) are included.
More 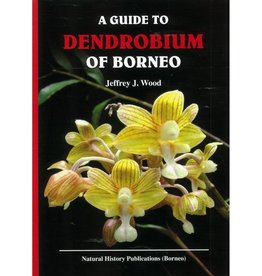 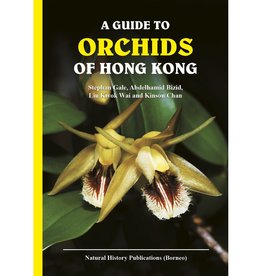 A Guide to Orchids of Hong Kong
12,95
This guide compiles images and data on all 97 extant local species in the format of a full-colour, easy-to-use, quick reference field guide.
More 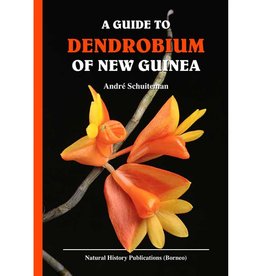 A Guide to Dendrobium of New Guinea
11,00
In this book a selection of 80 species are shown, carefully chosen to display the diversity of the genus, at the same time highlighting some of its most commonly encountered, beautiful or unusual representatives
More