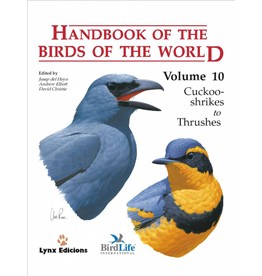 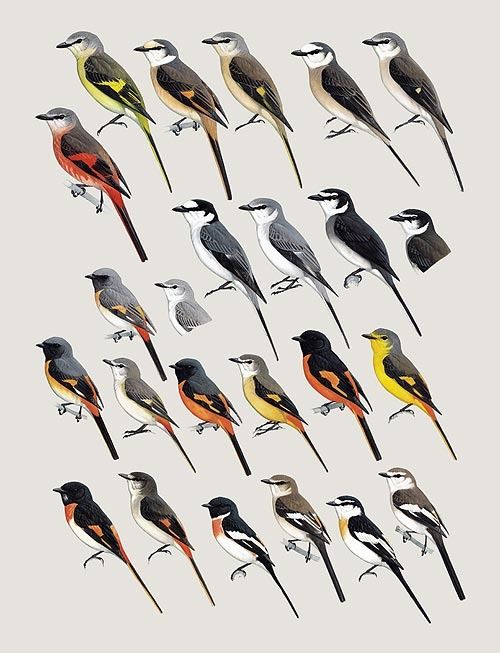 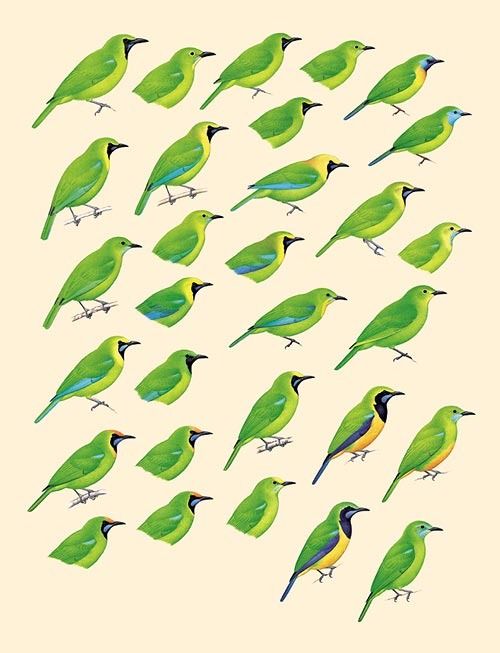 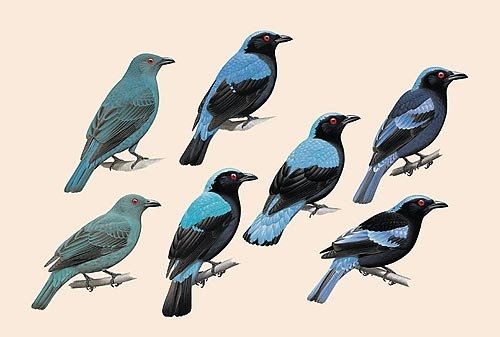 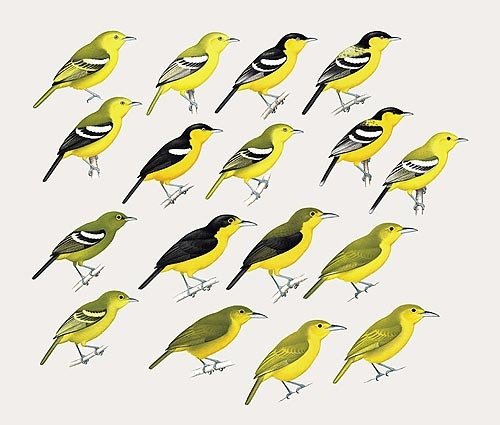 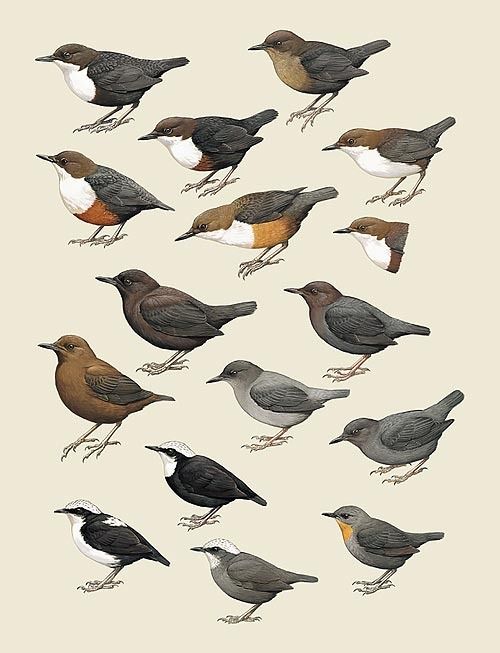 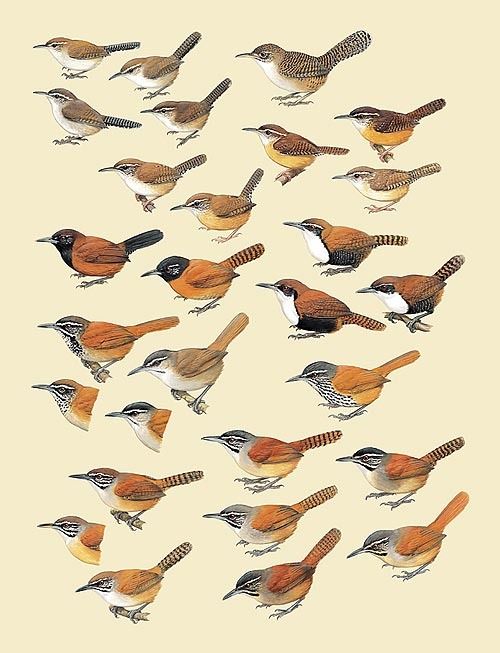 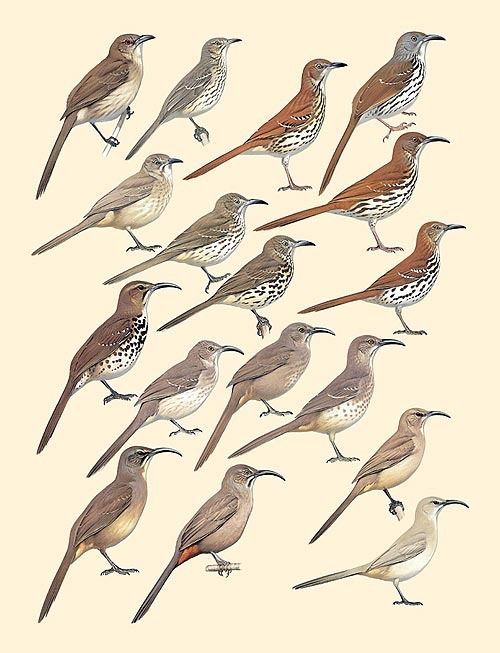 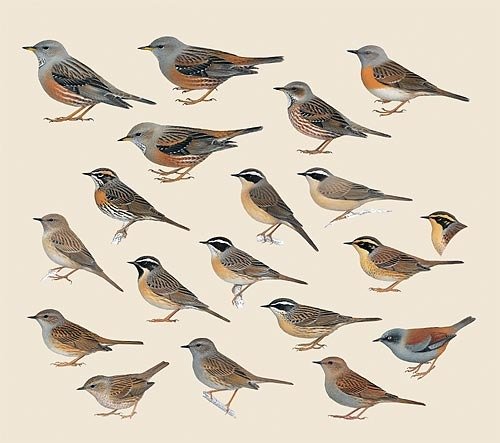 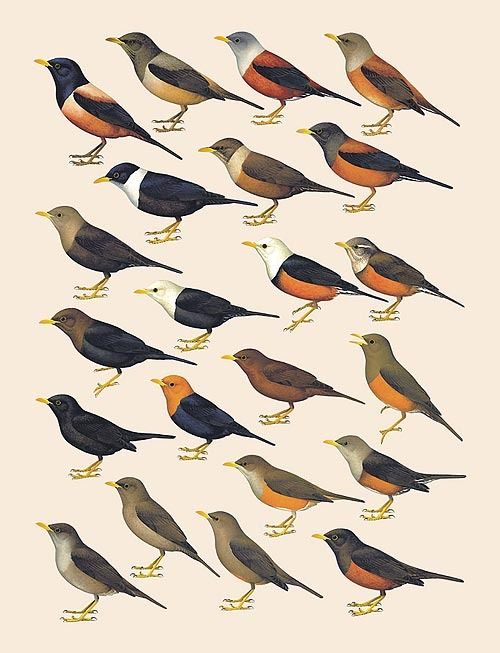 
The Foreword, by Daniel Sol, Tim Blackburn, Phillip Cassey, Richard Duncan and Jordi Clavell, is about the ecology and impact of exotic birds.
This volume is the largest in the series (895 pages) and includes the second part of oscines, with 12 families. The families of Africa and south Asia are covered (cuckoo-shrikes, bulbuls, leafbirds, fairy-bluebirds, ioras, Hypocolius), as well as those of the New World (silky-flycatchers, Palmchat, mockingbirds & thrashers), among others that are also represented in Europe and northern Asia, such as waxwings, dippers and the almost exclusively American wrens, which include the exception of the common Northern Wren, a Palearctic bird. The volume ends with the accentors, exclusively Eurasian, and the more numerous and widespread family of the thrushes, which includes some of the best-known and well-studied birds, meriting the longest Family Text in the encyclopaedia. 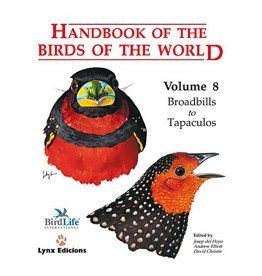 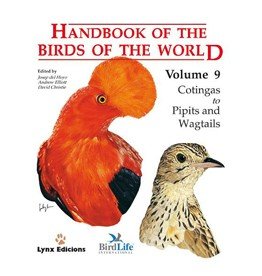 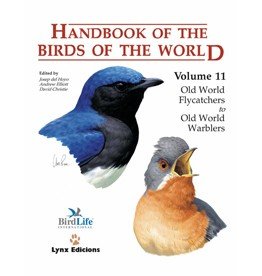 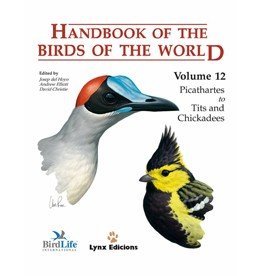 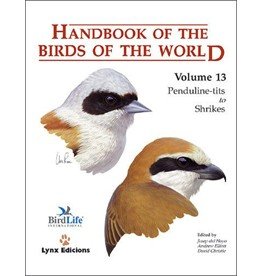 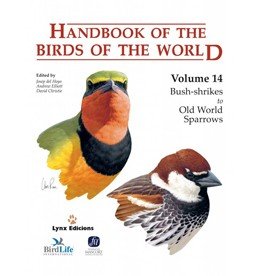 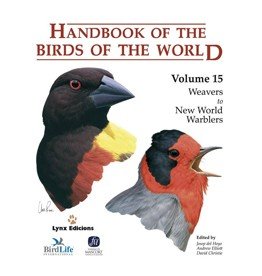 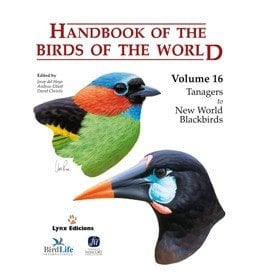 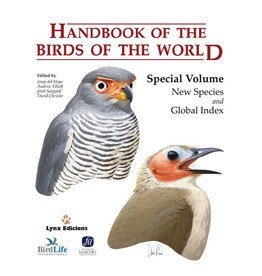 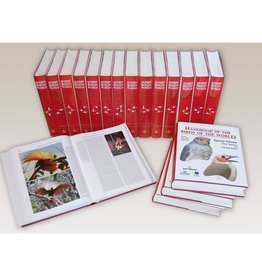